In many ways, IMT would not have been the success it was if it hadn’t been for Bert.

Bert was Graham’s side kick, the straight man that Graham bounced off to form a partnership that entertained audiences and turned them into stars.

The pair had a lifelong personal and professional partnership that ended only with Kennedy’s death in 2005. 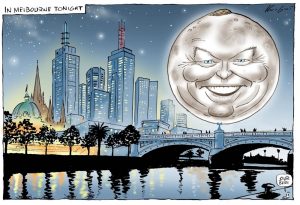 It seemed that Bert Newton was always there. He was on television forever, he was in films and on radio and he was on stage. There was always a place for the moon-faced man who could present a variety show or be second banana when necessary, interview anyone and get a great story, host a Logies night, receive a Logie and act and sing and dance.

He was up and down and in and out, he never really went away but there were endless television finishes and following “comebacks” as work ebbed and flowed. There were firings and hirings, some reputed nervous breakdowns and a narrowly averted bankruptcy, but mostly there was smiling for the cameras (he had the hard-working performer’s trick of always looking relaxed no matter what was going on), ad lib jokes (Bob Hope is reported to have said that Newton was funnier than he was and Hope had 20 writers helping him) and, in later years, his kindness to younger people running up behind him in showbusiness.

Newton never accepted offers to work overseas, although there were many. He gave credit for much of his success to just staying in Melbourne, where he was always a favourite son. He once said, “Other cities see me as Australian, but Melbourne sees me as a Melburnian.” Despite that parochialism, he was popular around the country and in 2006, the 50th year of television in Australia, he was ranked as the country’s number one television star.

Albert Watson Newton was born in Melbourne on July 23, 1938, the youngest of six children of Joseph Newton, a telephone linesman who fought in both world wars, and his wife Gladys (nee McNulty).

Bert was educated by the Marist Brothers and, as most Catholic children do, had thoughts of a religious life. Show business lured him away instead, although he remained a believer and churchgoer all his life. Joseph died when Bert was young, but the family was always close and he lived with Gladys and his sisters until he married.

At 11 Bert was in radio audiences, by 14 he was on radio doing advertisements and Saturday morning children’s programs. At 15 he left school and joined 3XY as a junior announcer. The following year he was presenting in Melbourne Speaks.

He first auditioned for television in 1956, the year television started in Australia, but was asked to wait a while because HSV7 couldn’t afford another star at the time. In August 1957, his chance came and he replaced Noel Ferrier as host of HSV7’s night-time variety show The Late Show. His main rival at the time was his friend Graham Kennedy with In Melbourne Tonight, and, Newton was mildly annoyed to see, Kennedy was being much better paid.

GTV9 tried to lure Newton over to the station but Seven’s management wouldn’t let him resign. Finally, Newton resigned on-air early in 1959 and Seven informed him that his services were no longer required.

In 1959, Newton started hosting GTV9’s Saturday morning show In Sorrento Today and soon Kennedy invited him to join him in presenting live advertisements on IMT. The combination was a hit and one of the great television duos was started. The partnership continued on television for over a decade, and the pair remained friends for life.

In 1960 and 1961, Newton was with Kennedy’s Channel 9 Show (a weekly national version of IMT). Then, at the beginning of 1962, the show was cancelled and replaced with The Channel 9 Show, hosted by Newton alone.

In 1967, Newton started hosting the annual Logies award show, a job he continued on and off for the rest of his life. He won four Gold Logies himself, and was put into the Hall of Fame in 1988, as well as having some memorable moments.

In 1973, an American actor, Michael Cole, from the Mod Squad, was drunk on stage and ended his incoherent thank you speech with a banned word. In 1979, Newton used his current catch-phrase: “I like the boy” to boxer Mohammad Ali, apparently not realising the possible racial slur. It was glossed over on stage by pretending Newton had said “Roy” and Newton later apologised.

From almost his first days in show business, the public and press were trying to marry Newton off and listed all his known girlfriends at almost any opportunity. After years of this, in 1974, Newton married entertainer Patti McGrath, who had won the 1967 Logie for Most Popular Female in Victoria. She was working on the Queen Elizabeth II and he booked a cruise without telling her and then proposed. The wedding was lavish and Graham Kennedy was best man. Patti gave up her career and was always happy to be seen as Newton’s greatest supporter.

Then, in 1975, Newton’s second great television partnership, with Don Lane, started on the Don Lane Show. Newton was back to being second banana but the “Lanky Yankee” and “Ol’ Moonface” – as Newton was dubbed on the show – were a perfect pairing and the show lasted until 1983. Newton the professional always knew how to create a memorable second character while letting the star shine.

In 1976, Newton tried something new and replaced Frank Wilson on New Faces, the amateur talent show, which lasted until 1985. In 1981 Bert and Patti also presented a short-lived quiz show, Ford Superquiz, together. Over the years there were also various forms of Bert Newton Shows but none lasted long. Newton, not one to pull his punches, knew why at least one failed, “They spent $180,000 on the launch party and nothing on the show.”

In 1992, after a few years managing Melbourne radio station 3DB and working on-air, Newton went over to Channel 10 and was host of The Morning Show (later Good Morning Australia) for 14 years. The show was a watchable mixture of interviews, music, a little cooking, a lot of fun, a few ad libs, everything Newton did so well. For the show, in 1993, Newton took another Logie, for Most Popular Light Entertainment Personality.

However, 1993 was also the year that he escaped bankruptcy for owing almost $1 million, a mixture of taxation, gambling (he did like the races and owned or part-owned a number of successful horses) and legal debts, by doing a deal with his creditors.

Newton’s longest running gag was probably his toupees. Once he started going bald (by his mid-30s he was “a bit thin on top”), and after a number of attempted hair transplants, he decided to embrace it by not pretending to have natural hair but was seldom seen without his hairpiece. He made jokes about it and when he wanted to get a laugh, he’d use it. At the first Sydney performance of the musical The Producers, for example, he came out after the show to talk to the audience, took off his character’s German war helmet, reached into his pocket and slapped the toupee on his head, sending the audience into gales of laughter before he’d even spoken. He “flipped” his wig in tribute to Don Lane after Lane’s death in 2009.

Rumour was that all the hair pieces had names. Among them, one was PJ, after Lane’s son, and one was “Eddie” after Eddie McGuire, on Newton’s reasoning that McGuire was “all over everything else, why not my head?”

After Good Morning Australia, Newton went back to Channel 9 for Bert’s Family Feud and an irregular series of 20 to One programs.

As well as his television work, Newton appeared on stage in the Wizard of Oz, Beauty and the Beast, The Producers, The Sound of Music, Wicked and The Rocky Horror Show, and on the big screen in a number of local films. 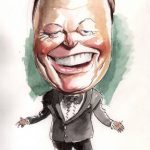 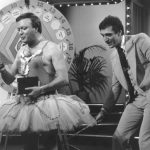 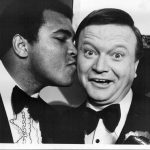 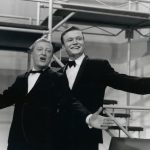 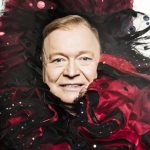 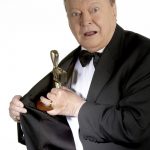 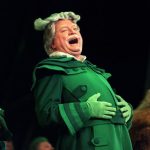 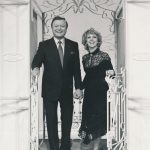 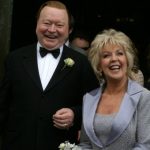 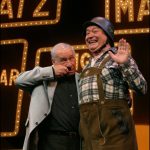 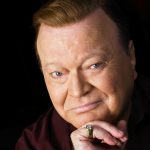 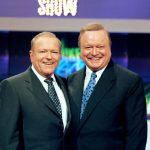 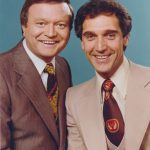 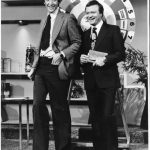 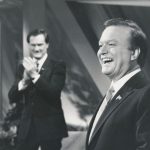 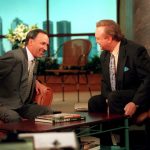 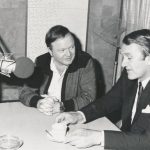 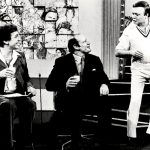 Graham Kennedy first appeared in print way back in 1965, featuring in daily newspapers and magazines. Books were written about Graham and then books were written by Graham. BOOK's @ END_OF_DOCUMENT_TOKEN_TO_BE_REPLACED