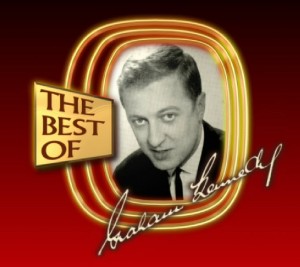 This three hour video features the very best of Graham Kennedy, regarded as the king of Australian television.

Graham Kennedy captivated audiences around the nation with his outlandish behaviour and quintessential Aussie charm.

From his ground-breaking work on GTV 9’s In Melbourne Tonight to The Graham Kennedy Show and Coast to Coast his achievements have been many and justly celebrated, to the tune of five Gold Logie Awards.

Hosted by respected Channel 9 personality Ray Martin, this programme continues the celebration and takes a look at some of ‘Gra Gras’ crowning achievements, from his live studio hi finks with dog Rover to his ever spontaneous jocularity in sketch comedy, paying tribute to one of Aussie Television’s all-time greats, including over three hours of entertainment taken from IMT, Blankety Blanks, Coast to Coast, The Graham Kennedy Show and a rare in-depth interview with the man himself on his life and career.

Graham Kennedy first appeared in print way back in 1965, featuring in daily newspapers and magazines. Books were written about Graham and then books were written by Graham. BOOK's @ END_OF_DOCUMENT_TOKEN_TO_BE_REPLACED